Walt Disney World seems to be full of families enjoying a vacation together, eating together, and riding every ride they can take together. But solo travelers can enjoy just as much, or even more, on a trip to the holiday kingdom. If you’re considering heading to Walt Disney World as a single traveler, you’ll want to check out our tips for experiencing the parks on your own, including what to do, where to go, and even how to meet other people!

While the stigma associated with solo travellers has thankfully faded in the past decade or two, taking a solo trip to a destination that’s usually more family-oriented like a Disney park may still raise eyebrows. But the real fun of traveling to Walt Disney World alone is that you can do whatever you want, whenever you want because you’re not working on someone else’s schedule!

If you’re worried about other people pointing at you in a crowd because you’re alone at Disney, don’t worry about that at all. Most everyone in the Magic Kingdom and the other Disney World parks are so busy with their own schedule and their kids that they don’t even notice the other people in the park. Just enjoy the nice freedom of not having to push the stroller or queue for an attraction you’re not excited about. 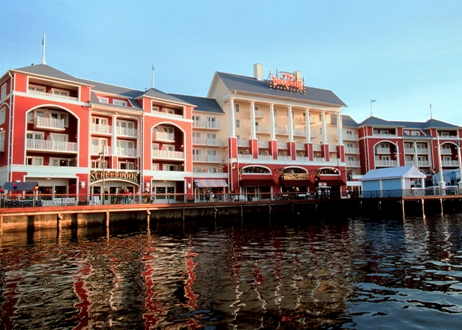 If you really want to meet other people at Walt Disney World, there are some great places to make connections. The first is through social media. There are hundreds of Disney groups on Facebook where people post their vacation dates along with meetup times where they encourage others to hang out with them in the parks! Although we err on the side of caution when it comes to meeting strangers, Disney is a very public place and if you’re not comfortable in the group hanging out, it’s very easy to get carried away.

For those just looking for a space to chat with someone new for a while or meet with a large group, try some of the bars at Walt Disney World. Most Disney hotels have great bars where the staff is behind the counter to chat, maybe even introduce you to other guests who might have a drink. A great spot for this is The Barcelona Lounge at Disney’s Coronado Springs Resort, bookable via Orbitz, or along Disney’s BoardWalk, a quarter-mile park of restaurants, shops, and nightlife options at Epcot. 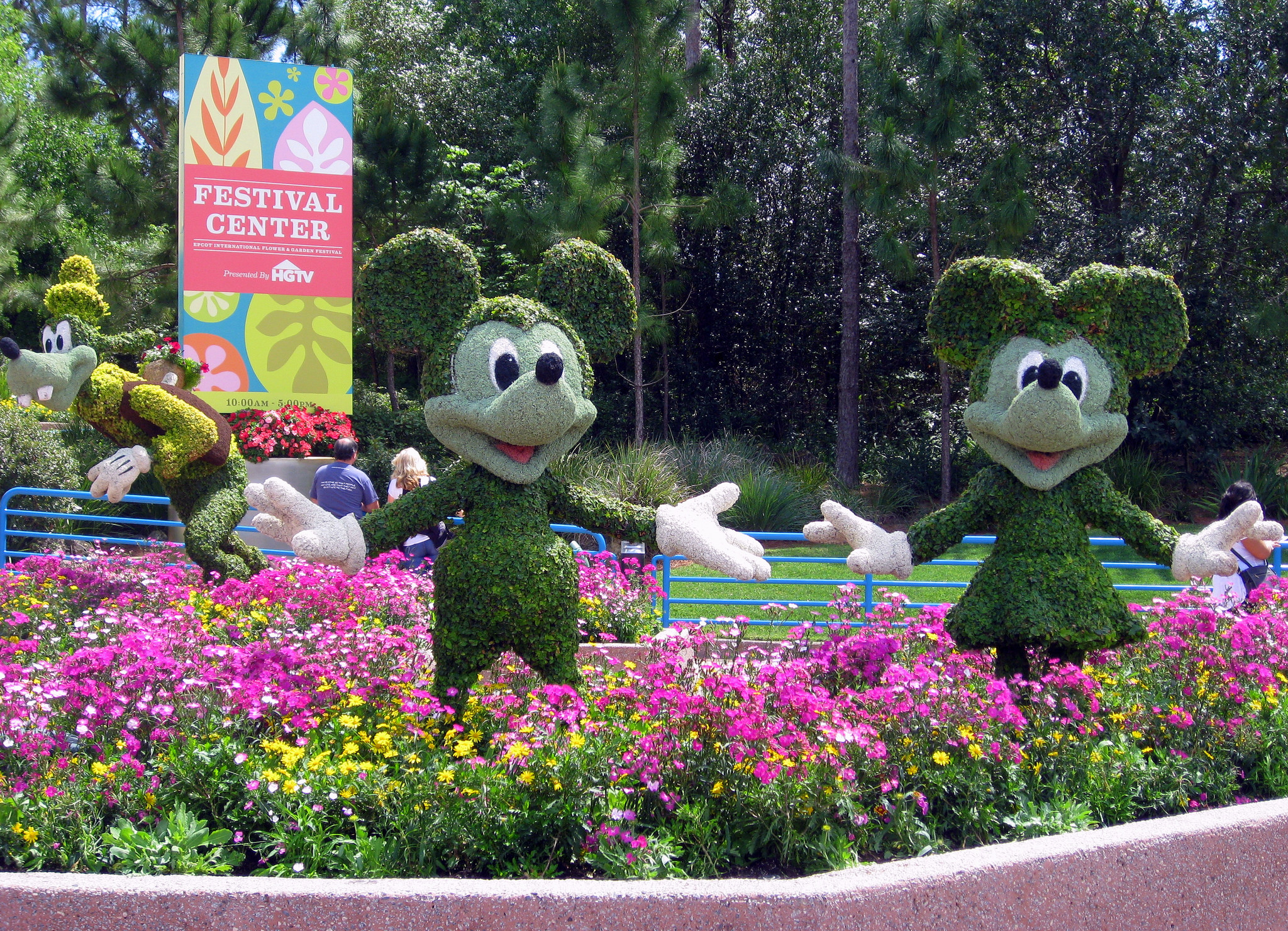 Epcot hosts four unique festivals throughout the year, which is when you tend to see more adults, including solo travelers, in the parks. Reserve your ticket in advance, then prepare to partake in great food and entertainment, and explore all that the park has to offer. winter brings Epcot International Arts Festival, which highlights all different types of arts from cooking to theater performances, and multiple interactive activities for guests. Spring sees the first appearance of Epcot International Flower and Garden Festival, where Epcot bursts with thousands of flowers. Autumn begins the most popular festival, the Epcot International Food and Wine FestivalWhere everything revolves around eating and drinking. Finally, winter comes with a start Epcot International Holiday FestivalWhich celebrates various winter festivities from all over the world.

These festivals are perfect for solo travelers because there is so much to do. You can really spend an entire day in Epcot and still not see everything. Epcot is also Disney World’s most adult-focused park, but that’s slowly changing as more Disney characters in the park are incorporated via new attractions like Remy’s Ratatouille Adventure in the France Pavilion at the World Showcase. 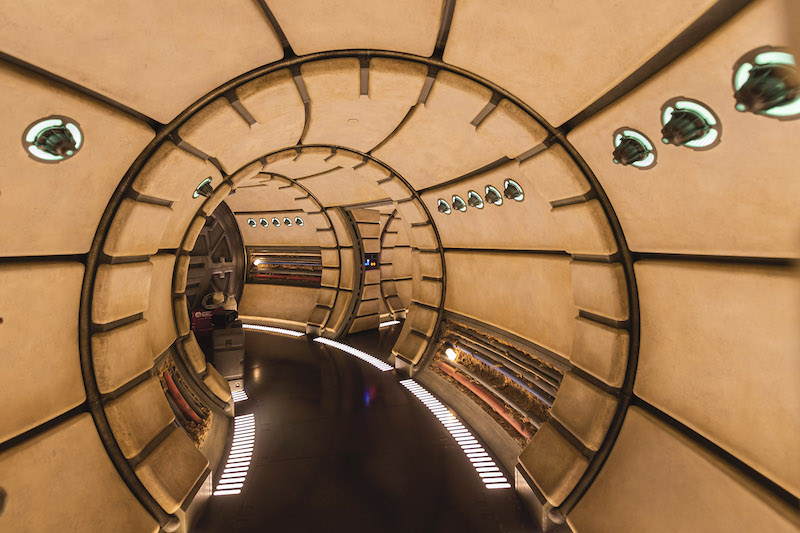 There are currently four attractions with a single rider streak across three theme parks at Walt Disney World. Using single passenger lines not only reduces waiting time but also allows you to get more attractions during the day since you don’t have to wait nearly as long as a standby queue.

The four attractions that have one particular rider streak are path test at Epcot, Rock and Roller Coaster The Millennium Falcon: smugglers run away At Disney’s Hollywood Studios, the Expedition Everest At Disney’s Animal Kingdom. 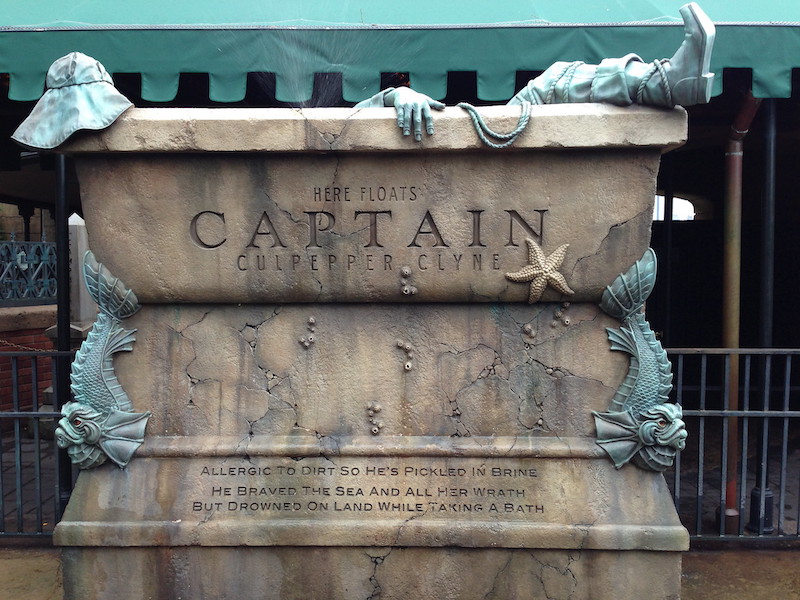 No matter which park you choose, you’ll want to effectively book Genie + Skip the Line tickets, especially now that you have to pay for the ticket (formerly FastPass+ and it was free). This means not choosing games that have a single rider streak as mentioned above. This also means not wasting those early morning reservations when the park opens or late at night near the time the park closes, as this is when parks are less crowded and wait times are lower anyway. 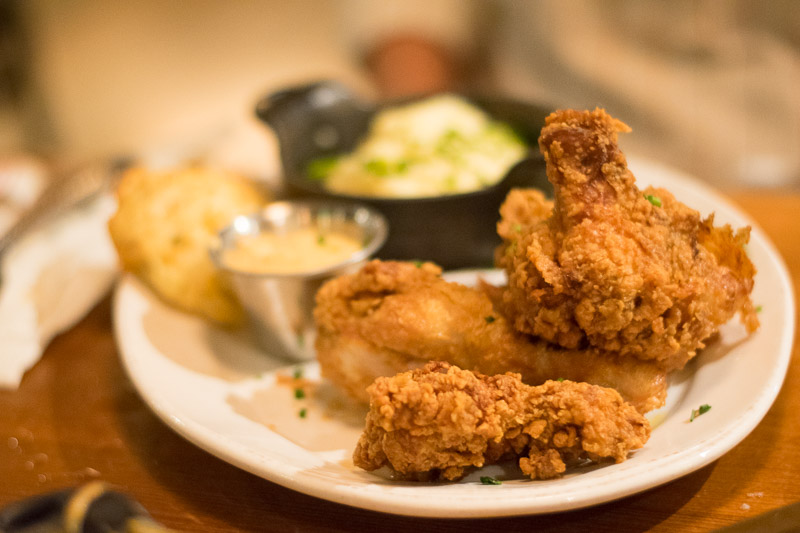 Walt Disney World parks and resorts and Disney Springs have dozens of bars where guests can eat and drink. The best part is that bars, often called lounges, are first come, first served. As a solo traveler, it is very easy to find a solo seat at the bar to enjoy lunch or dinner. Most of the bars in Disney World have a great menu with items you won’t find anywhere else except the bar. 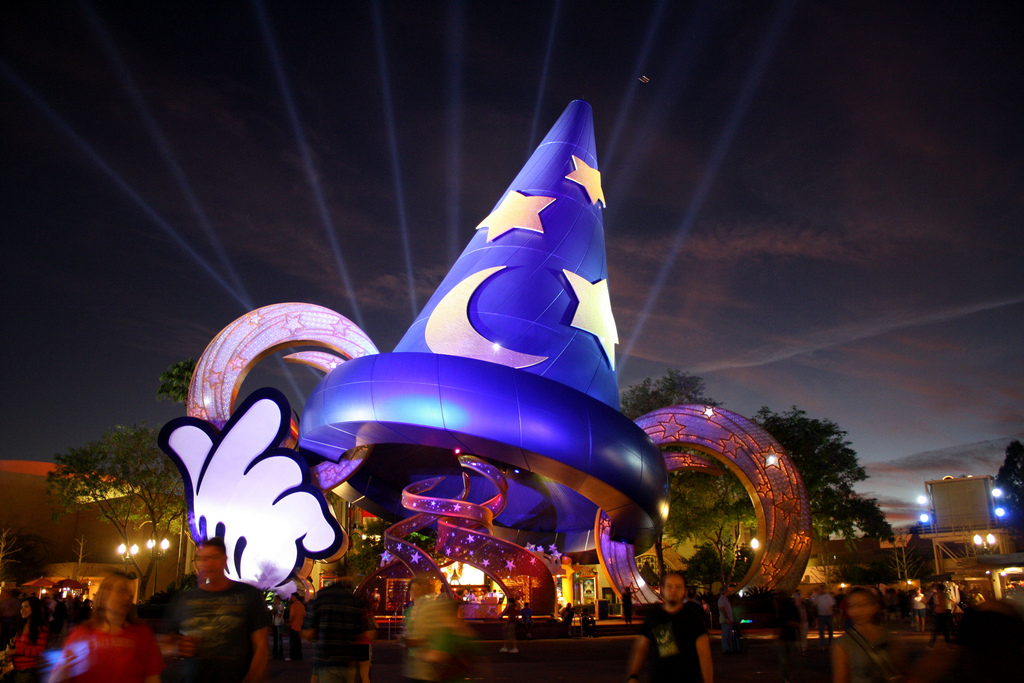 All of the parks at Walt Disney World offer great deals throughout the day. As a solo traveler, being able to slow down and enjoy a theater show instead of rushing to the next big attraction is a real treat. Disney’s Hollywood Studios is known for its stage shows that include shows inspired by the animated films “Frozen” and “Beauty and the Beast,” one Indiana Jones-themed stunt show, and the other featuring theme park guests. star Wars. Be sure to get a times guide or check out the My Disney Experience app for showtimes. Shows at Disney’s Hollywood Studios tend to be full, so getting to the stage about 10 to 15 minutes before showtime is ideal. 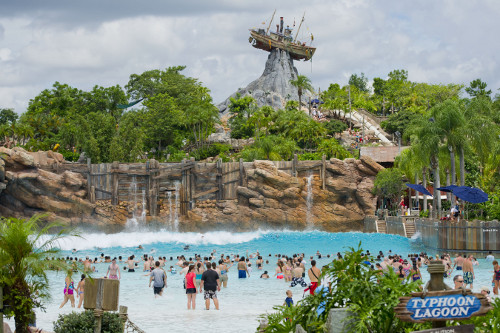 Walt Disney World is home to two water parks, Disney’s Typhoon Lagoon and Disney’s Blizzard Beach. Both are a great option for the solo traveler during the warmer months since there are plenty of activities in each. Some of the rides are family-style raft rides where you will be paired up with other groups, but there are plenty of rides that individuals can enjoy on their own.

If you’re just looking for a way to relax in the sun, be sure to get your beach chair a little further from the wave pool, which is in the middle of both promenades. You’ll find chairs scattered in hidden pockets of the beach in both gardens! If the water is calling your name but you still want that feeling of relaxation, Lazy River is the place for you. Grab an inner tube and glide slowly around the water park without having to get out of the water anytime soon. For the ultimate in relaxation, pamper yourself in a private cabana where you’ll have your own set of lounge chairs, a host or hostess to bring food and drink, and a great view of the pools or lazy river while you sit back and enjoy the day. 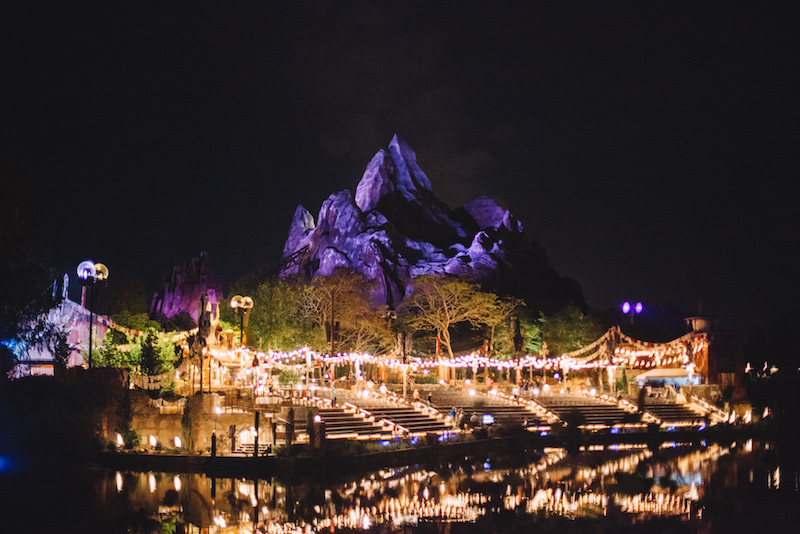 The ability to explore the theme parks at your own pace is a huge advantage of traveling to Disney World on your own. One thing you must do while you are in Disney’s Animal Kingdom is to explore the animal tracks. These trails can be found throughout the park and feature some unique animals. The cast members are always there to answer questions and tell guests more about the animals they are watching. Most of the time, trails are a great way to get away from the crowds in the park and enjoy nature.

Since you don’t have anyone else traveling with you, being able to only attend major fireworks shows or parades is a huge bonus at Walt Disney World. Each of Disney World’s four parks has its own gorgeous nighttime scenes that quickly fill up with families, but showing up right before showtime where the solo traveler can get great seats because the cast members will try to fill in as much space as possible. It’s usually a good idea to show up about 10 minutes before the fireworks just to make sure you’re where you are. 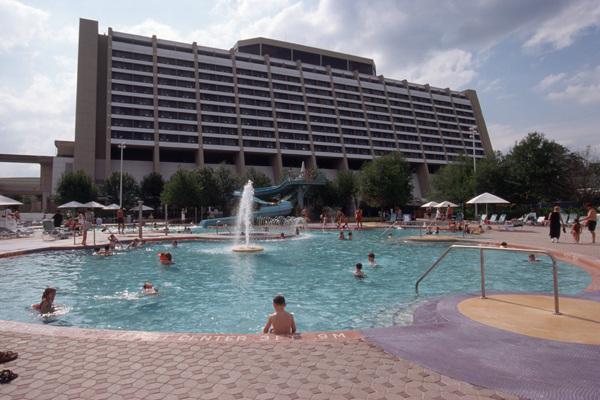 At the value Disney resorts, the rooms are a bit smaller but have all the amenities one might need while at Walt Disney World. We love Disney’s Pop Century Resort where all rooms were recently renovated with hardwood floors, a plain bed, a Murphy bed that doubles as a table, and a bright bathroom with plenty of storage. This resort is also part of the Disney Skyliner Resorts making it easy to get to both Disney’s Hollywood Studios and Epcot without having to take a bus.

All moderately priced Disney resorts feature multiple dining locations, some entertainment, and a more relaxed feel. We suggest you visit Disney’s Port Orleans Riverside to see how close it is to the Magic Kingdom, boat transfers to Disney Springs, and how spacious the rooms are. One downside to the moderate resorts is how spread out each resort is, but if you have your own car or don’t mind walking a bit to get to the lobby or restaurants, this shouldn’t be a problem.

The luxury resorts at Walt Disney World are often within walking distance of a theme park, have multiple transportation to get to and from the parks, quite a few dining options, and plenty of on-site entertainment. We love Disney’s BoardWalk Inn because it is within walking distance of both Epcot and Disney’s Hollywood Studios and it enjoys the live entertainment of Jellyrolls.

Many people dread eating alone, but Disney makes sure that even the single traveler is well looked after at its table service dining locations. If there’s somewhere you’d really like to experience that others you might normally travel with might not enjoy, treat yourself and make a reservation. It’s often very easy to get a reservation for someone before your flight, or even walk in and sit down within a few moments.

One location we recommend at Epcot that is great for solo travelers is Takumi-Tei, a new table service restaurant in the Japan Pavilion. It is definitely a place for someone who likes to be more adventurous with their meal options, but also wants to pamper themselves with a great meal full of Japanese traditions and exceptional service. We suggest getting the Omakase tasting menu, which will get you a little bit of everything including a few pieces of Japanese A5 Wagyu strip steak!

Doing alone at Walt Disney World doesn’t have to be difficult or intimidating, as long as you plan your trip and leave a little time to be spontaneous and do what you want to do.